I went to our state fair for the first time with my family a few days ago, and got TONS of pictures! Because obviously. 😉 I have far too many to stuff into one post, so I’ll do at least one more collection after this. For now, enjoy some action photography of horses, lassos, and cute little cowboys 😀

My main fair experience has been with the county fair where we used to live. It was quite large and well-done, so I was a little underwhelmed by how the state fair compared. I’d say there weren’t that many more rides. But we didn’t go on any, so. 😛 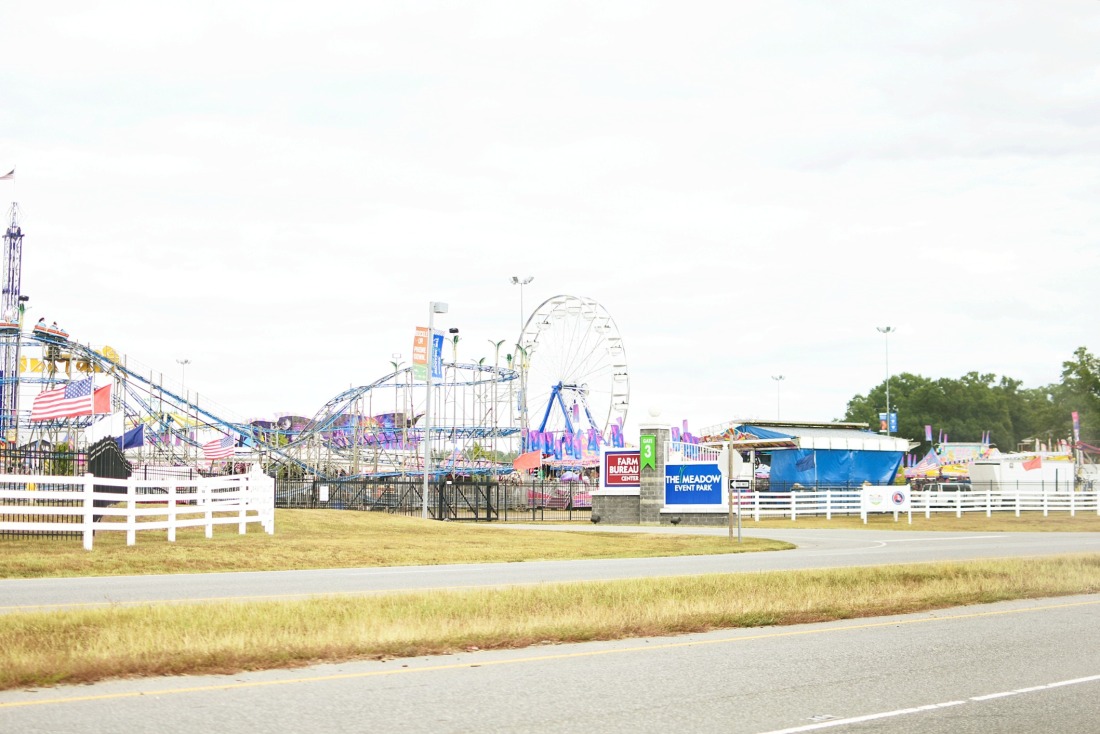 However, there were WAY more people than at the county fair! It was honestly pretty exhilarating (and exhausting) to be surrounded by so many people! Particularly when you’re used to living way out in the country. Which I still vastly prefer, don’t worry. XD 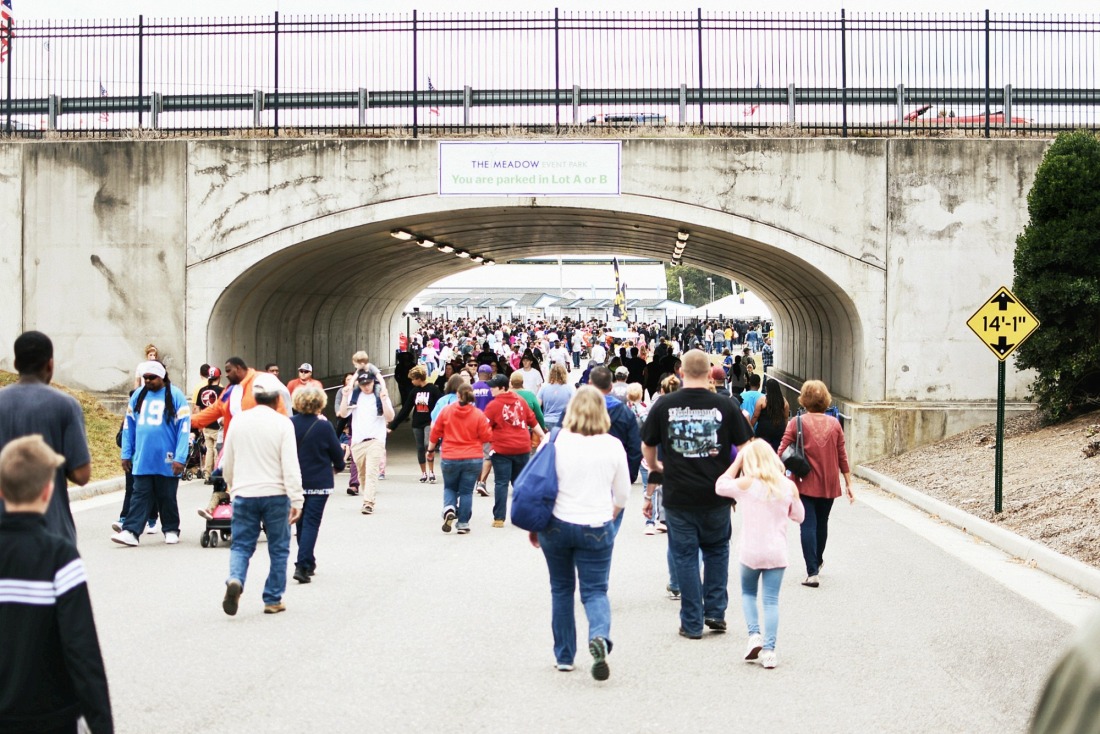 Aww, isn’t this little guy so cute? He looks like he’s having a blast.

The ticket lines were ginormous! They extended past what the picture shows.

My, that’s quite the blue hair. O.o I saw another lady with the brightest pink hair I’d ever seen, but since she was far away I didn’t get a picture. 😛 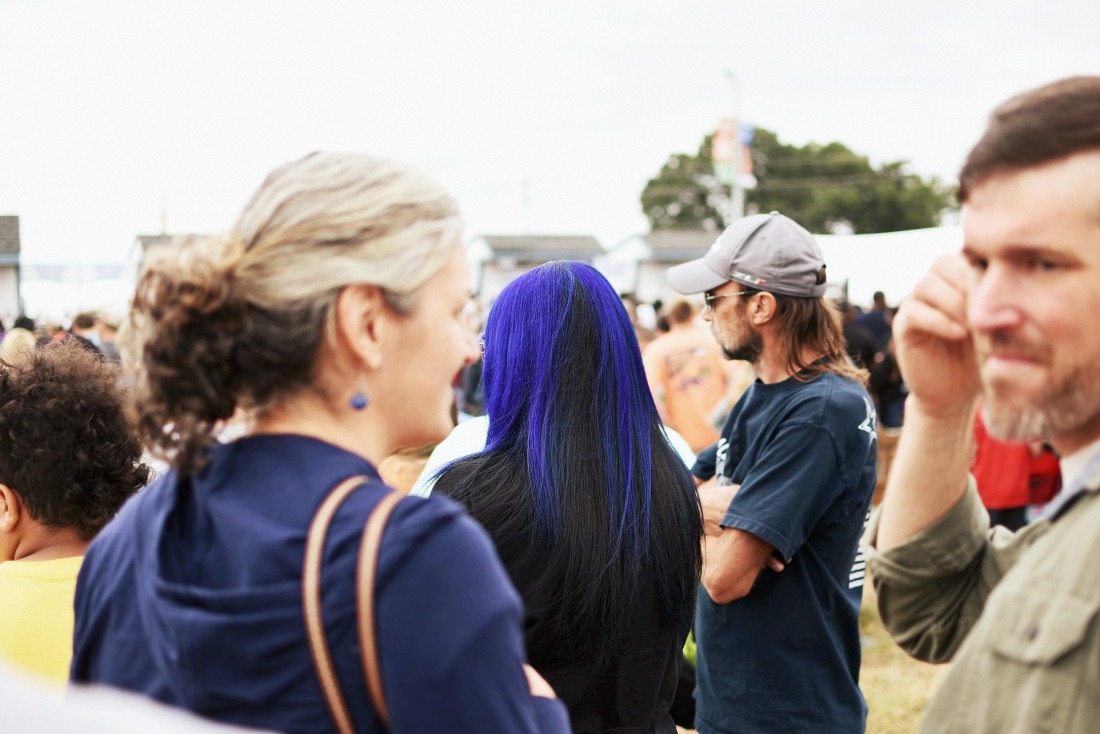 Once we got our tickets, the boys went off to look at equipment (of course) and the girls headed toward the livestock.

After some walking, we decided to watch a highschool rodeo that had just started. I had actually never seen a rodeo, so it was really interesting! They started out with a long introduction of horseback riding with flags and singing and talking. 😛

After that, they did “mutton busting,” where little boys tried to stay on a sheep’s back as long as they could. It was rather amusing, but I didn’t get any good pictures because they were too far away. I did get a picture of the sheep, though. 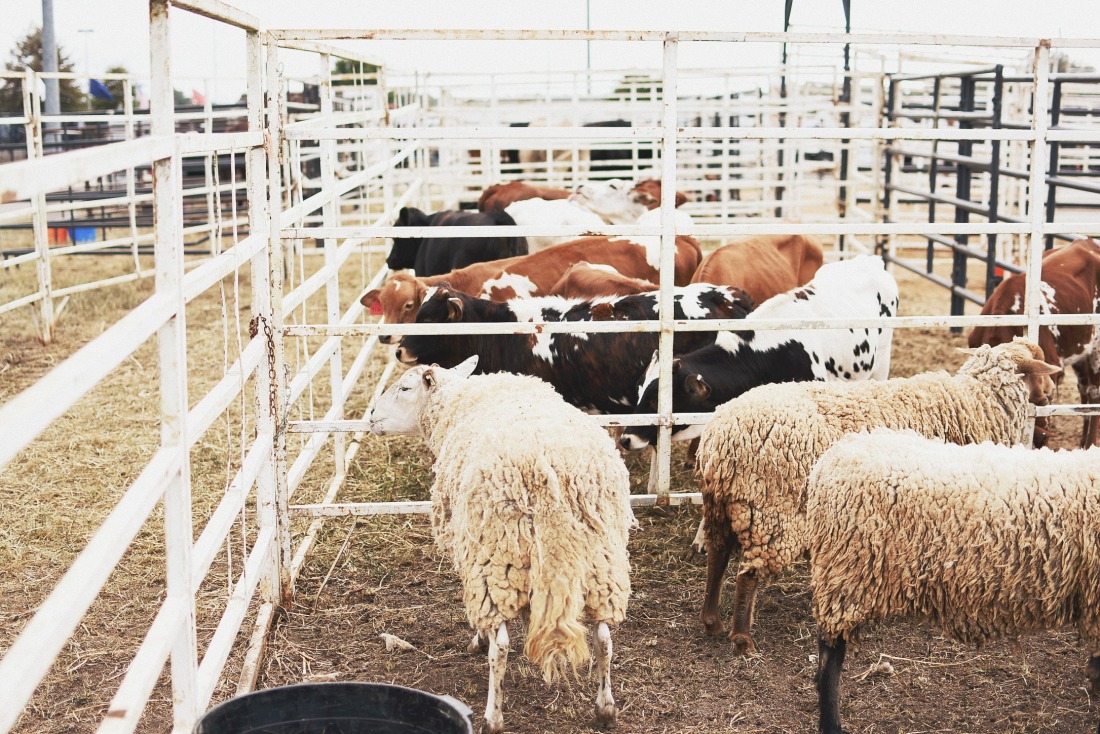 After the mutton busting, they did something similar, except with calves. This was even more interesting; one little guy stayed on for quite a while even though the calf bucked and jumped all over the place! As you can see:

Apparently they couldn’t get enough of jumping around, so the boy who won (I think the one in the picture above) started galloping around in the dust, presumably pretending to be a calf. XD 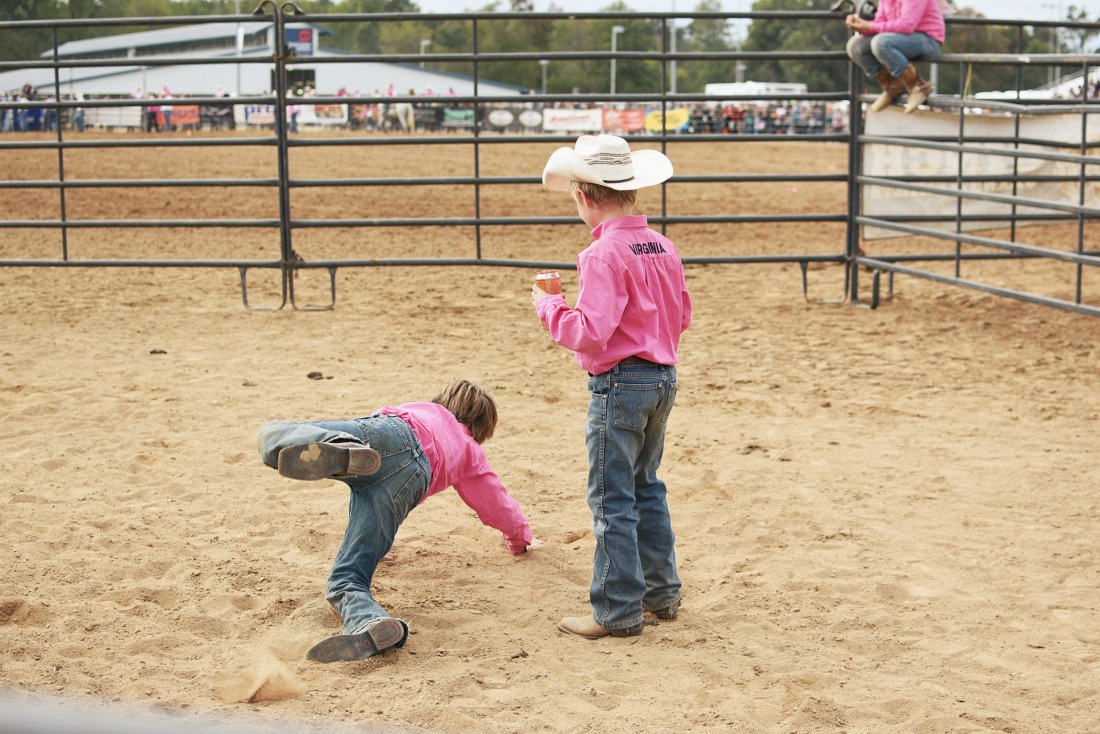 Just a warning: I took a bunch of pictures of these guys since 1) they were right close to me, and 2) they were so CUTE! An amusing mix of hardened cowboy and carefree little boy. Also how great are their bright pink shirts/uniforms? :’D 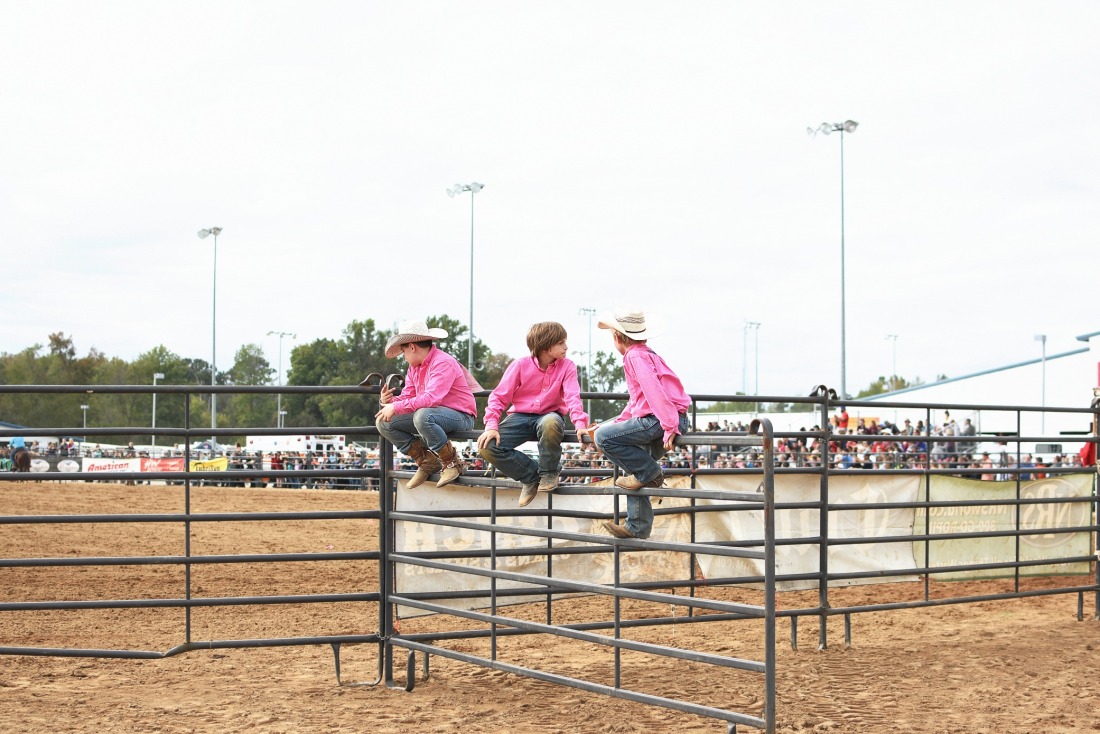 After a few more rounds, they moved on to participants trying to lasso a calf while on horseback. It must have been as hard as it looked since not everyone was successful in the time limit allotted.

HAHA, the horse looks like it’s thinking “WHATAMIDOINGWHATAMIDOING” in this picture. :’D 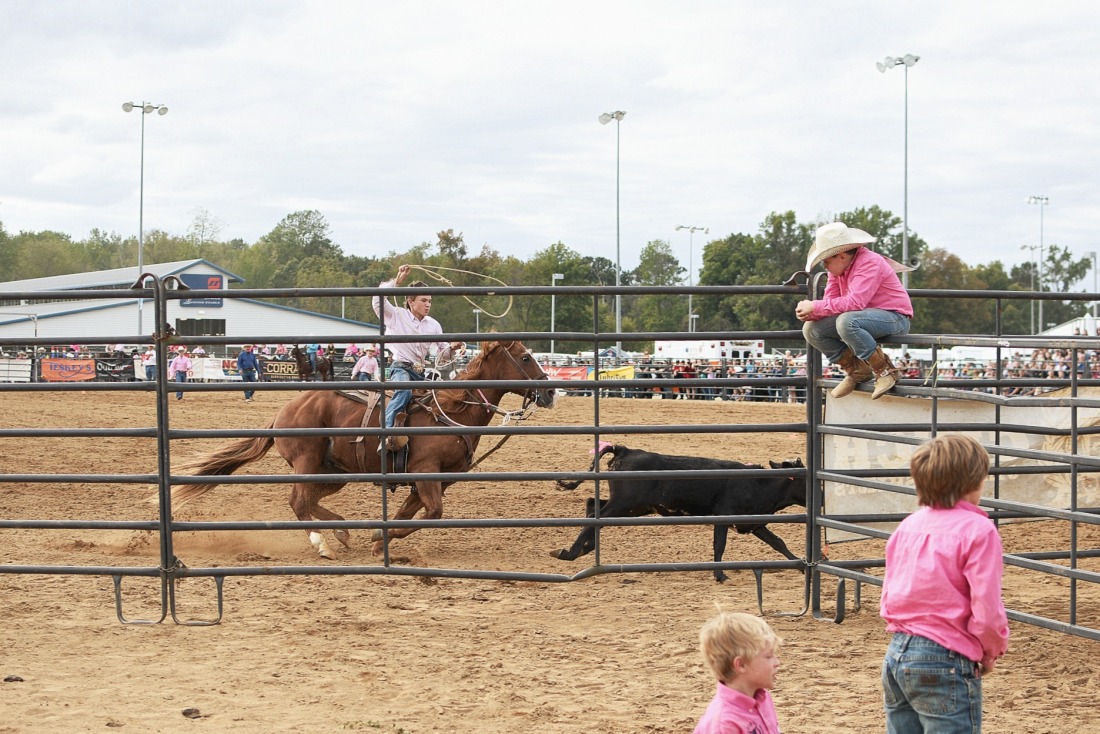 We didn’t see them lasso any horned steers (or bulls), so maybe they used these guys after we left. 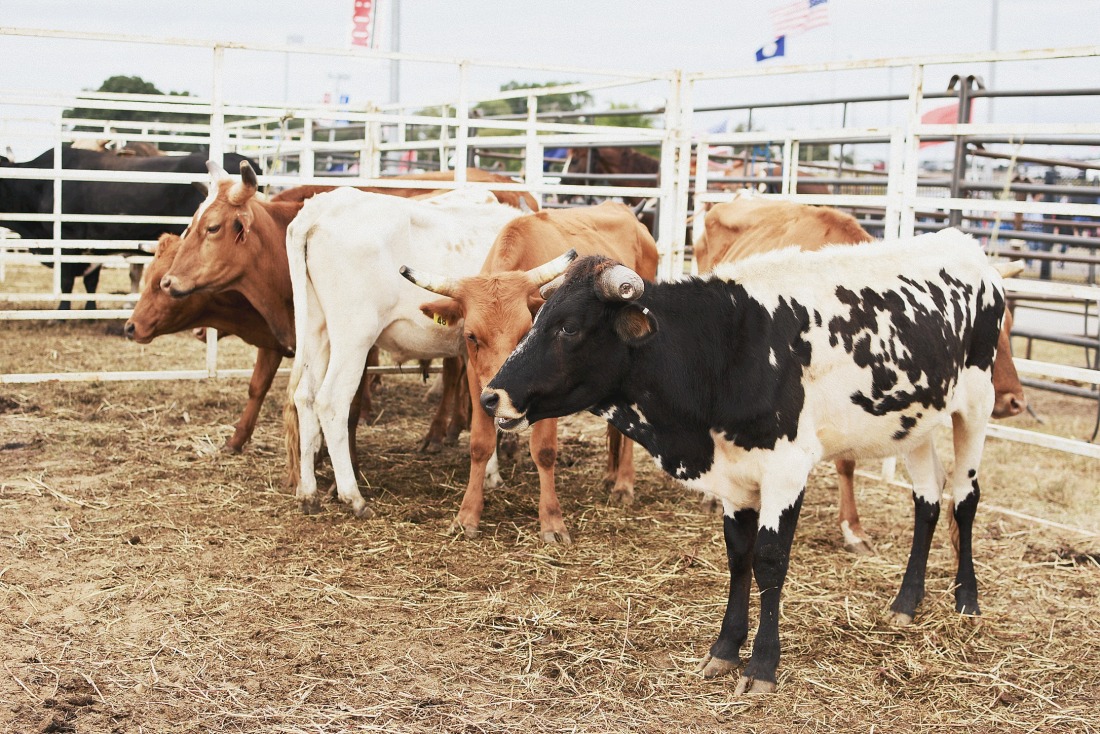 AHA! Mission completed! It was amazing to see them actually hit their mark! 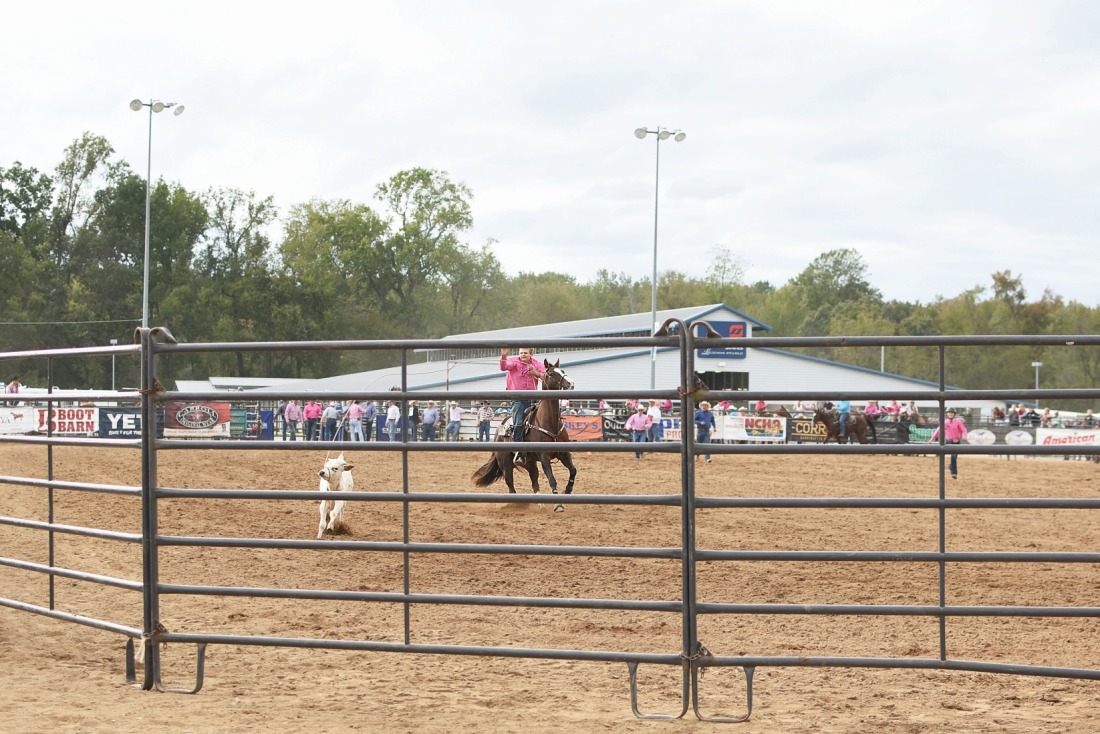 I must say, the calves were quite sprightly and maybe even cuter than the Holstein calves we used to raise. 😛

Someone please tell me if pineapple shirts and bright blue knee socks are required clothing for rodeo assistants…?

Ooh, I love this one! So dramatic.

I really wish that gate wasn’t in the way of my pictures… I mean no, I don’t, because that would be bad, but YOU know. XD

Time for a meeting of the junior cowboys with… I dunno, probably someone’s mother? (Yep, that’s a pretty good guess, huh? 😛 )

The boys were pretty unfazed by whatever was going on, but occasionally the stampede came a little too close for comfort…

Annnd we’ll end with one of my favorite pictures. I was going to make it all black and white, but I couldn’t resist keeping in their bright pink shirts. Something about the style plus the color fits their serious little man-ness. Also notice the Monster energy drink in the left boy’s hand. :’D 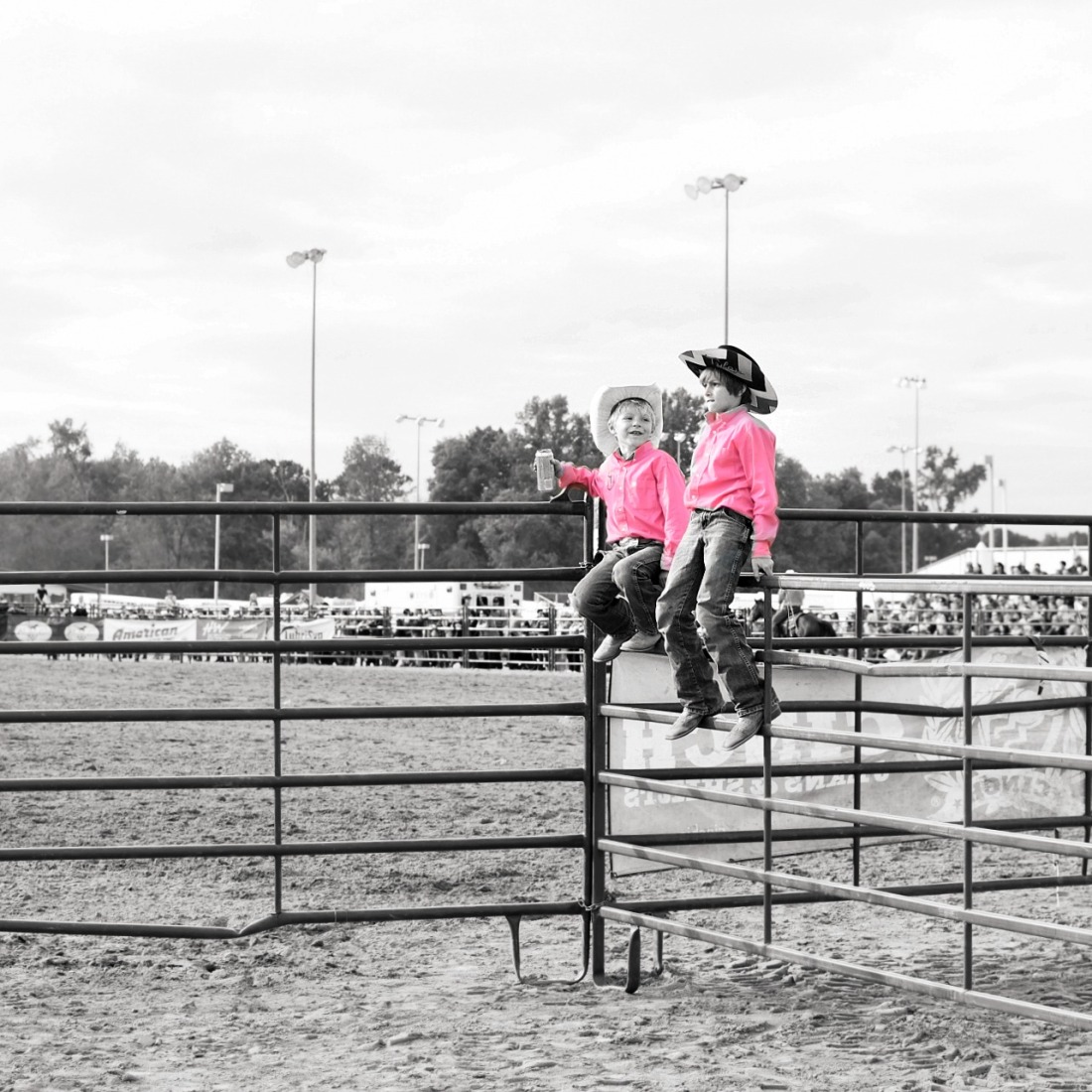 Welp, that’s it for the first installment! I hope you enjoyed those shots as much as I did. 🙂 I’d love to hear…

Which photo did you like best? Have you been to a rodeo? Do you like action photography? Is your fair big or small?

A cute watercolor forest illustration with a minimal color palette. I only used two paints for this entire piece which was so fun! It lends a bright and whimsical look to the piece, don't you think?
This handlettering took forever since I colored everything in with a pen, but I love the result! Lettering is such a fun form of art.
The last page of this sketchbook. I felt like finishing things off with a fun collage and an old quote printout from @peachpoppy_co. Goodbye old sketchbook, hello new one!
I finally made my art into cards per people's requests! Check out the link in my profile to shop these simple, cheerful poppy notecards. ❤️