If you’ve been a Christian for a while or all your life, truths like this can be far too easy to forget or push to the back of your mind. I know it’s that way for me. But every time I stop and think, really think, about what Easter means, it nearly makes my heart explode. 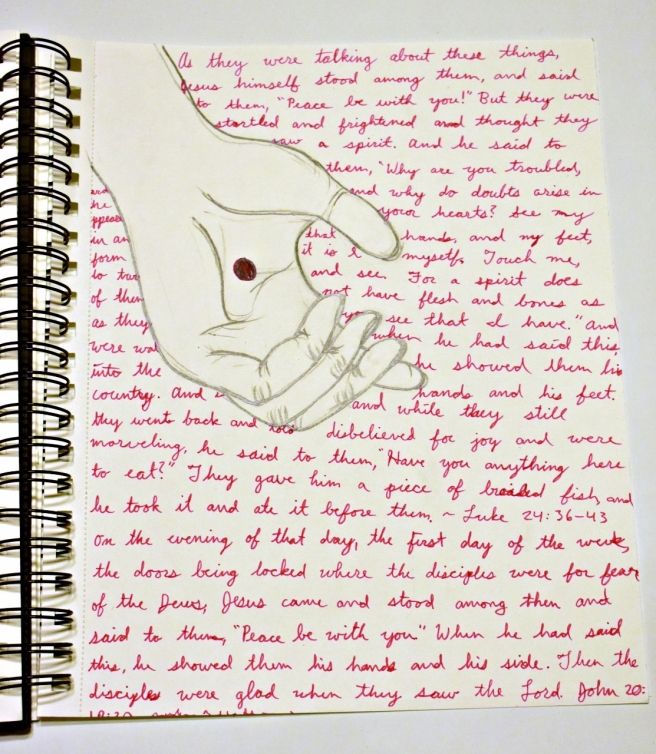 First of all, I can tend to brush it off and say, “Oh, Jesus was God, so how bad could it have been? And he knew he wouldn’t stay dead in the end, right? I mean, if I knew all that, I could probably do it.” But… nope. I couldn’t. Because even though Jesus was fully God, he was also fully man, something that our puny human selves just can’t get our minds around. That means that he felt every single thorn in his crown and every single nail in his body, and it hurt him just as much as it would hurt you or me. Death by crucifixion was the most terrible way to die there was. Jesus was beaten, stripped, scorned, mockingly “crowned” with a painful ring of thorns, and nailed to the cross. That’s the part that always gets me. I can’t even imagine how much it would hurt to have nails driven through your palms and feet, and then to have to hang there against the rough wood, hour after hour, barely able to breathe, while your blood and life just drain away… it’s terrible to think about anyone undergoing such treatment. 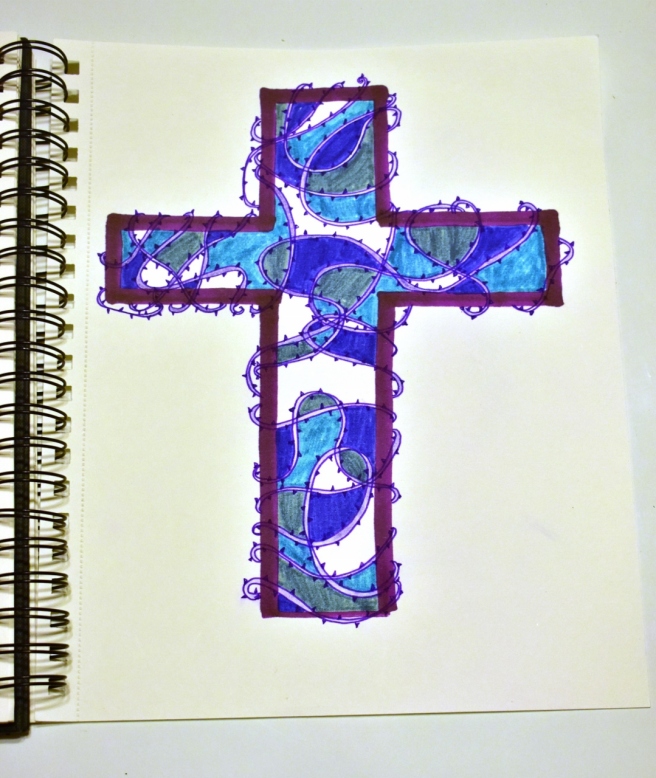 And even though Jesus did know that death couldn’t hold him, he still wasn’t looking forward to the ordeal of proving it. He prayed to God his Father and said, ““Father, if you are willing, remove this cup from me. Nevertheless, not my will, but yours, be done.” (Luke 22:43) Later it says, “And being in agony he prayed more earnestly; and his sweat became like great drops of blood falling down to the ground.” (Luke 22: 44) Isn’t that a terrible picture? It’s terrible to know what’s coming, and to know it isn’t good. You know when you have to take a test for school or something and you’re just so nervous? Jesus was about to take the hardest, most painful, most terrible test ever, and he wasn’t just nervous. The Bible says he was in agony.

What makes it even worse is that Jesus didn’t have to do this at all. It would have been perfectly just and good to leave us to our sin and let us die a well-deserved death. But he didn’t! Think about it really hard: Jesus loved his creatures, his people so much that he was willing to go through all of that agony for them – even though they hated him!

At least it would have made a little more sense if the people who crucified Jesus had a reason to call him a criminal, but Jesus was no criminal. Since He was fully God, Jesus was perfect. He never made a mistake. Not even once! That’s another thing that’s almost impossible for us to completely understand. Well certainly he must have made one teeny tiny little mistake, right? Wrong. Jesus was perfect, and that means he didn’t mess up – ever.

Then why was he crucified? Because we are fallen creatures that can’t see our Savior when he stands before our eyes. We look at his face and we are afraid. Afraid and guilty and ashamed of our sin. We don’t want someone to tell us how sinful we are and to rule over us. We want to take care of ourselves and live our own lives how we please. So we kill him.

Isn’t that terrible? I mean, think about it! It makes no sense at all – we as broken, sinful humans crucified the very one who came to save us from that brokenness and sin. But it’s true.

That just makes it all the more wonderful. If you met people who hated you with every ounce of their strength, who flogged you and beat you and wanted nothing more than to get rid of you in the most torturous way possible, would you want to voluntarily die for them so they wouldn’t have to pay the price of their sin and die a terrible death themselves? I, for one, would never do that. But Jesus did! He died for the worst of sinners, he died for the people who were killing him!

But, of course, that isn’t the end of the story. Jesus didn’t just die for us, he rose for us too. Jesus is the only one who can conquer death itself. I love the part about the resurrection. When Jesus’ disciples see the stone rolled away and the linen wrappings left by themselves inside the tomb, what a shock that must have been! Had someone stolen their beloved Teacher’s body? But the stone sealing up the tomb was so heavy, and there were two guards in front of it. What were the other options?

And then, when they saw Jesus, how amazing would that have been? If you think about it from their perspective, you can understand why they could hardly believe their eyes at first. I mean, here’s this wonderful man that you love so much, dead. Gone. Sealed inside a tomb. Then one day he appears in front of you, inside a locked room! No wonder the apostles thought they saw a ghost at first. Can you imagine how deliriously happy they must have been when he showed them the nail marks in his hands and feet, and they realize that it wasn’t a ghost but their beloved Teacher, risen from the dead? 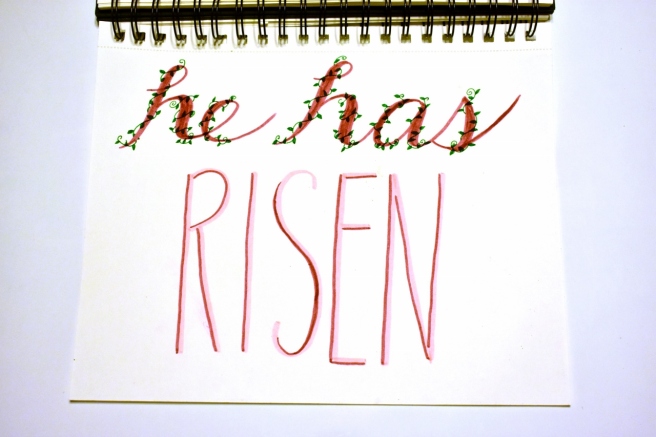 And that is the Easter story. Jesus died for the criminals that hung beside him on their two crosses, and he died for us, his people, and not only that, but he rose again. I know many of you have heard that phrase “He died for us” over and over and over again until all the life has worn out of it. But don’t let that happen! That truth, that fundamental truth of the Christian faith, that is what sets us free. It is what gives us hope. It is the most amazing thing you will ever hear, and I pray that you and I will remember it this Easter. ♥